Sandringham City is in the south-eastern suburbs of Melbourne. It is in the middle of the Bayside municipality. The City is about 20 kilometers from Melbourne's Central Business District (CBD). It is well served by public transportation, with train and bus services from Sandringham Railway Station and many bus routes.

It also serves as a commercial district around the Sandringham railway terminus and has a major Boat Harbour and Marina and health care facilities such as the Sandringham & District Memorial Hospital and the Fairway Nursing Home.

Invest or buy now and thank us later!

As per the 2016 government census data,  Sandringham is the house of more than 58,593 people with a median age of 43 years, and it hosts a wide range of businesses and industries, with a focus on retail and service. The main business and shopping area of the City is along Sandringham Road. It has a large shopping center, a number of smaller shops and businesses, and a number of cafes and restaurants. The city is just 6 Mins drive from Hampton and 5 Mins from Black Rock.

There are a number of good reasons to buy a home in Sandringham.

First of all, The City is a popular place for both locals and tourists to go because it has areas for shopping, business, recreation, and living. Sandringham Road has a lot of shops, cafes, and restaurants and is the City's main shopping area. There are also a number of parks and reserves covering nearly 13.2% of total area in the City, such as the Sandringham Botanic Gardens, which are home to many native plants and animals.

The city's population and economy are growing quickly, and it is a popular place for property investors to buy. The city's great infrastructure and amenities, along with its strong growth prospects, make it a great place to buy property.

It has many shops, restaurants, and other services that make it a good place to live. There are also a lot of big businesses and corporations in the city, which gives it a strong economic base. 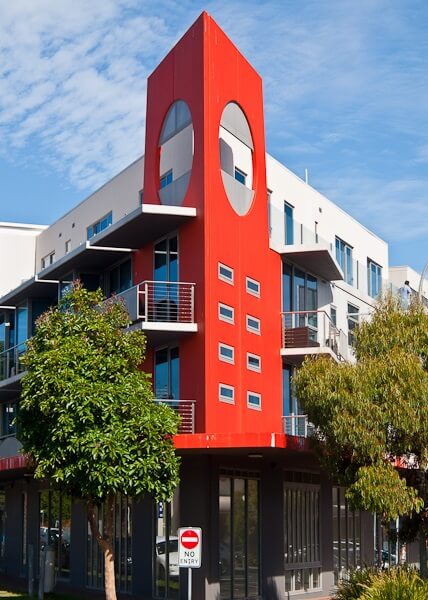 Households in Sandringham are primarily couples with children and are likely to be repaying over $4000 per month on mortgage repayments. In general, people in Sandringham work in a professional occupation. In 2011, 74.7% of the homes in Sandringham were owner-occupied compared with 71% in 2016. Currently the median sales price of houses in the area is $2,485,000.
Sandringham Beach is a great stretch of sand on the 17 km of Bayside seafront. It is a straight beach that is 2.5 km long, and the beach road goes along it.
It also serves as a commercial district around the Sandringham railway terminus and has a major Boat Harbour and Marina and health care facilities such as the Sandringham & District Memorial Hospital and the Fairway Nursing Home.
Sandringham Yachting and Angling Club was started in 1911, and in 1912, renamed Sandringham Yacht Club. It is close to the public jetty in Sandringham. The hulk of the British World War I submarine J7, which was given to Australia in 1919, was sunk in 1926. It is now at the bottom of the small harbor of the Sandringham yacht club.
As per the reports by htag.com.au, the typical housing price in the suburbs has been increasing significantly each year. The following graph shows the data since 2010. 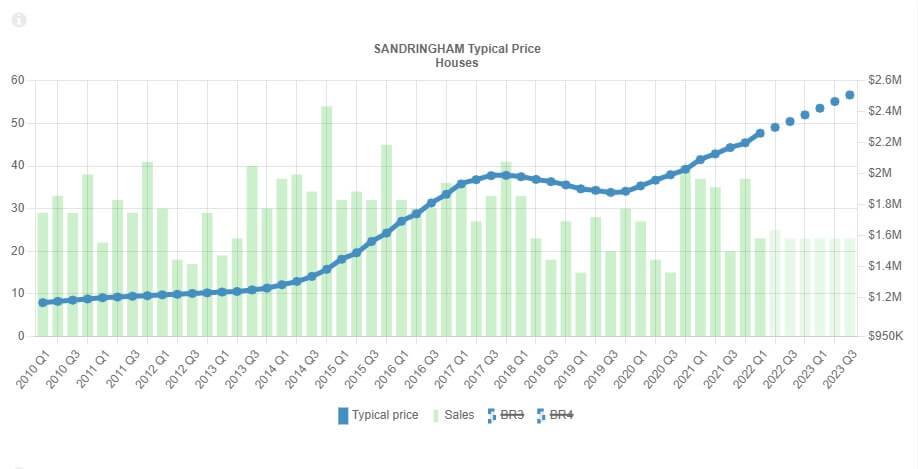 Over 58,593 people live in Sandringham, whose average weekly income is around $856 as per the 2016 government census, this income is much higher than the other cities or even the median weekly income of the whole state of Victoria which is just $644 . The city is known for its great infrastructure, which includes many shops, restaurants, and other services. There are also a number of big companies and businesses.

Sandringham's economy is mostly based on retail trade. There are a number of shopping centres and office parks all over this suburb.

Some of the things that Sandringham has to offer are public transportation, schools, universities, and colleges, hospitals, parks like Graham Reserve and Lake Reserve, and sports grounds like Sandringham.

People are moving to the city and the economy is doing well. It is a popular place for people who want to buy property. The city's great infrastructure and amenities, along with its strong growth prospects, make it a great place to buy property. 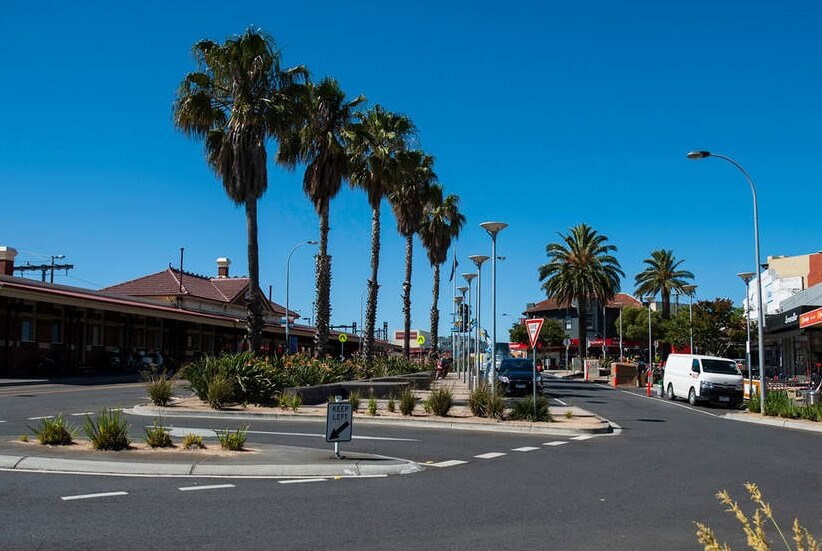