The city of Maroondah is actively growing and strives to be a vibrant city with diverse cultures that can nurture a healthy and active community. The area is lined with lush green patches flaunting the leafy neighborhoods, that are effectively collaborating with the flourishing activity centers that actively contribute to the booming economy providing a safe, inclusive, and sustainable ecosystem to the families.

The city of Maroondah is located in the state of Victoria and is governed by the local government of Australia. The city came into existence with the amalgamation of the previous Ringwood and Croydon cities in 1994. According to the Australian Demographic Statistics, in June 2018, the population of Maroondah is approximately 117,498. The city uses the two Australian Aboriginal words that mean throwing and leaf, symbolizing nature and greenery.
Situated towards the east of Melbourne, Maroondah comprises thirteen suburbs, namely Ringwood, Croydon, Heathmont, Ringwood East, Ringwood North, Warranwood, Croydon North, and Croydon South, Croydon Hills, Bayswater North, and parts of Kilsyth South, Vermont and Park Orchards. The city is located near the Yarra Valley and Dandenong Ranges.

The road and railway network connects the city of Maroondah to the other parts of the state and country. Lilydale and Belgrave are the two railway lines that pass through the city, and the four stations are located at Ringwood, Croydon, Ringwood East, and Heathmont. Moreover, public buses managed by Ventura, Transdev, McKenzies, and Vline, also serve the people of Maroondah.

The residents of the Maroondah lead a perfect blend of city and country lifestyles. They love to go on shopping and spend time on recreational activities. Maroondah is located just 23 kilometers from the Melbourne city, and its western border starts from the Ringwood suburbs; Croydon and Kilsyth have located at the eastern ends. Surrounded by the cities of Manningham, Whitehorse, and Knox, the total land area is about 61 square kilometers.

Maroondah is located in such a place where it can enjoy ample benefits from the future growth of Victoria. The Victorian Government’s metropolitan planning strategy. The Plan Melbourne strategy has designated Ringwood as the Metropolitan Activity Centre, giving a boost to the future endeavors of the city. With more than 9,700 businesses originating here, Maroondah promises better employment opportunities to its residents. The majority of these businesses deal with the construction, property, finance, retail, and manufacturing sectors. Employing more than 44,000 residents, Maroondah results in an economic output of $14.8 billion. 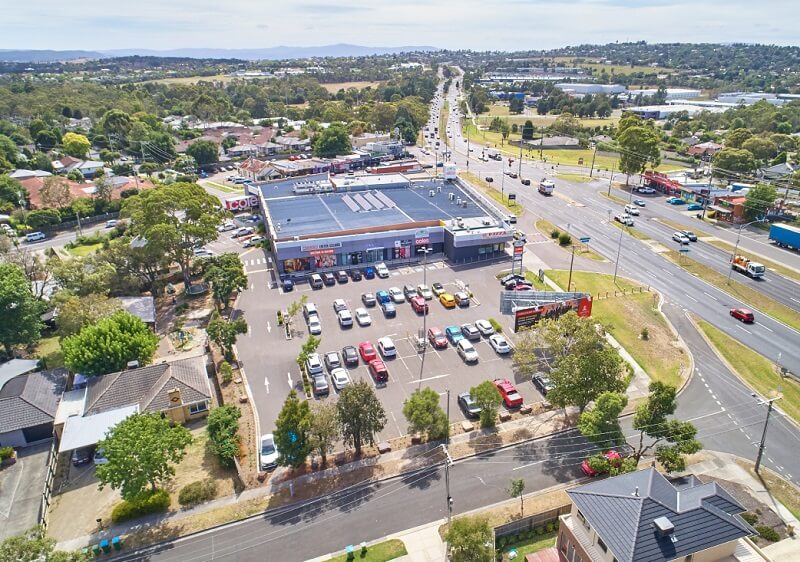 Being well placed at the core of the major road and transport network, Monash skilfully benefits from the facilities provided to the eastern growth corridor of Melbourne city.

The far-sighted vision approach of the Maroondah city council, QIC global real estate, and the Victorian Government has earned almost a billion-dollar public and private investment that they plan to spend on strengthening the residential, commercial, employment, and lifestyle.

To channel the massive potential of the city, several major redevelopment and construction-related projects are already in the initial phase.
An Eastland Shopping Centre by QIC GRE and the Town Centre Precinct with an estimated cost of $575 million is already underway
As per the reports by htag.com.au, the typical housing price in the suburbs has been increasing significantly each year. The following graph shows the data since 2010.

Victorian Government plans to revamp the Ringwood Station and the bus interchange with a budget of $66 million.
The city council also plans to improve the social infrastructure by spending $52.2m on the Aquanation regional and leisure center, Ringwood Town Square, and the Learning and Cultural center.
Costco Wholesale is also planning to set up a multinational store costing $60 million in the heart of Maroondah, which will be their second store in Victoria.

Why should you invest in property in Maroondah?

Currently, Maroondah is home to more than 130 playgrounds, three aquatic parks, two golf courses, two stadiums, and 565 parks and reserves stretching over the 650 hectares of wide-open space. The Maroondah city council maintains 486.6 km of local roads, 790 km of the stormwater drainage system, and 640 km of the footpath. The neighborhood parks containing hundreds of cities provide shade and shelter. A wide range of shopping and recreational precincts are scattered on the Maroondah Highway corridor, including around thirty-one neighborhoods and local shopping hubs.
More than one-fourth of the city has immigrated overseas from England, China, India, Myanmar, and New Zealand. The residents of Maroondah have a strong sense of community participation, and a large number of them are committed to volunteering. The city is medium to densely populated, and the City Council is proactively trying to strengthen the town center.

In the old times, the city of Maroondah was inhabited by the people belonging to the Wurundjeri tribe that occupied most of the Melbourne. Gradually, the colonialists started to settle down, the city became the grazing place for cattle; and they also cultivated Orchids.

Fast forward now, the area has received major developments and is occupied by approximately 113,000 people. The city has 21 major shopping zones, and more than 9000 businesses operate, providing employment opportunities to the residents.

The City of Maroondah is growing at a fast pace, and encloses several outer suburbs of Melbourne on the eastern side; the northern suburbs are mostly semi-rural in style. Ringwood and Croydon are the biggest business centers in the area, and the industrial area concentrated towards the south border makes major contributions to the economy of Maroondah. Retailing is the dominant occupation, and the city is a member of the Metropolitan council grouping.

Maroondah boasts of excellent public transportation backed by a well-developed railway system and a comprehensive bus network on all the routes. The Maroondah City Council is served by many buses run by Ventura, Transdev, McKenzies, and Vline.

Many private schools operate in the city, the prominent ones being the Yarra Valley Grammar and Luther College, which provide decent educational opportunities to Maroondah. Ringwood is designated as the Metropolitan Activity Centre and is home to the best shopping, dining, and recreational hubs in Melbourne. The area includes the recently revamped Eastland, Aquanation Leisure Centre, and the very famous Cadbury Factory. Two esteemed libraries, namely Croydon Library and Realm Library, are also situated here and are managed by the Eastern Regional Libraries. 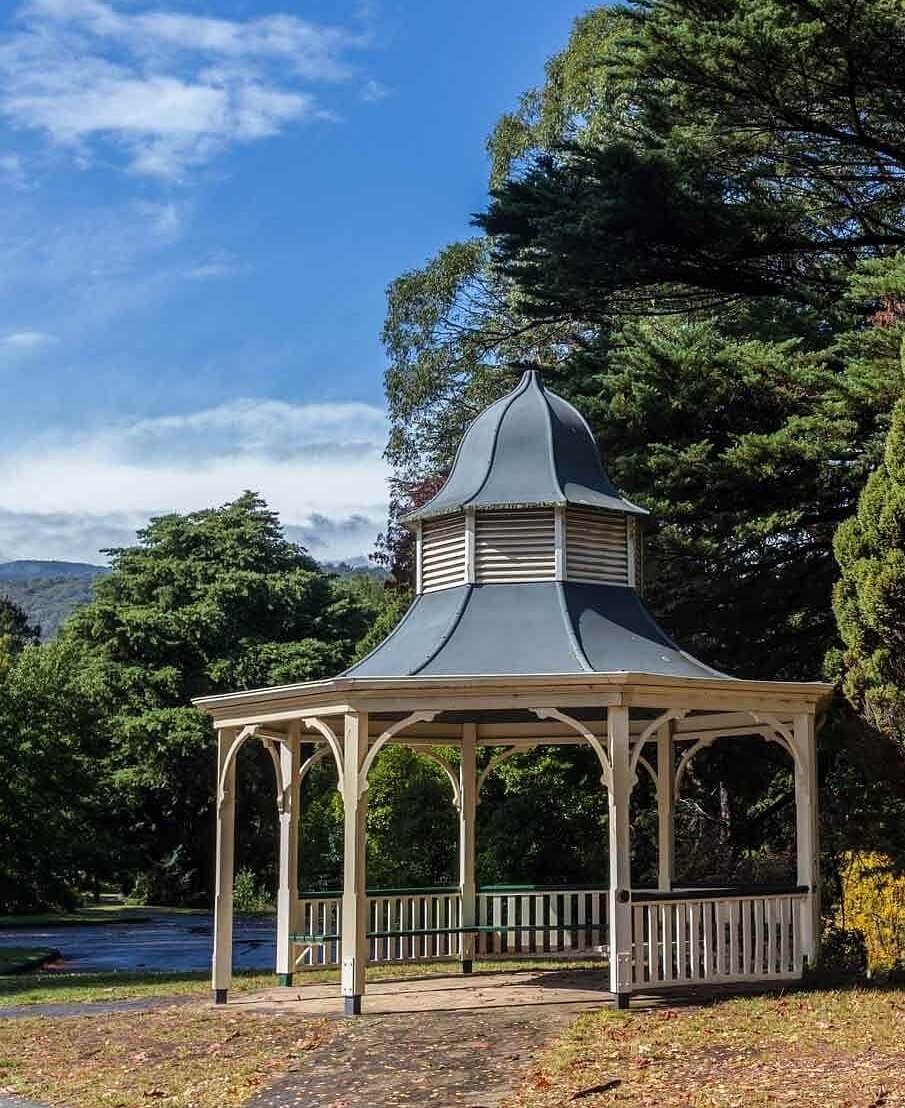 Maroondah Housing Strategy 2016 outlines the efforts and goals to achieve a sustained, prospering, and well-developed community in the area. The 2040 Community vision describes the enhanced high-quality housing ecosystem in the residing city areas that will cater to the ever-changing resident needs. By 2040, the city will offer a broad range of living options, and rejuvenated housing prospects will offer more affordable and well-designed options.
To achieve the goal, the City council of Maroondah is leading the city as it witnesses the commercial and residential transformation at an expeditious rate. Experts predict the demand for more than 60,000sqm commercial space and 5000 houses near the Metropolitan Activities Centres is expected by 2030.